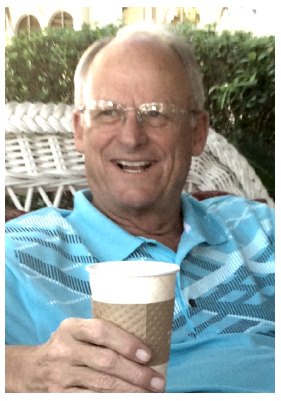 WH Buzzard is not only the author’s pen name, it’s also a nickname from high school. The joke in those days was that he was so skinny, he couldn’t be seen when he turned sideways. All the teasing was offered in good fun, though, and one day fortune smiled from a most unlikely source. His eleventh grade speech teacher, a normally cranky older lady, must have thought the shy boy in back of her room who was so reluctant when called upon to give a speech, needed encouraging.

Whatever her rational, she informed her students that, after reading his action and adventure paper, she saw writing talent. She even read the literary fiction homework assignment to all her classes that day. Although her compliment was never forgotten, it took years later for the comment to finally bear fruit.

During an especially lonely time in life, he started writing young adult adventures. It became such a godsend his whole personality changed as he wrote and told stories to anyone who would listen. His greatest joy came from making other people laugh. Humor is still his passion today. Although he’ll forever be a West Texan at heart, he now lives in Central Texas with his wife, who is one of his most ardent and particular editors.

If he’s not working on his sequel, There is a Generation II, due out in the fall of 2015, he’ll either be at the pool swimming laps, reading the latest literary fiction, taking walks or attending church. In summary, WH Buzzard has spent half his life living this action and adventure tale, with all its troubles, fiascos, adventures, humor, hardships, and ended up finding out how to be grateful and glad for them all. Then he spent the second half of his life writing this book. There is a Generation is his debut novel.

Powered by WordPress and WordPress Theme created with Artisteer.